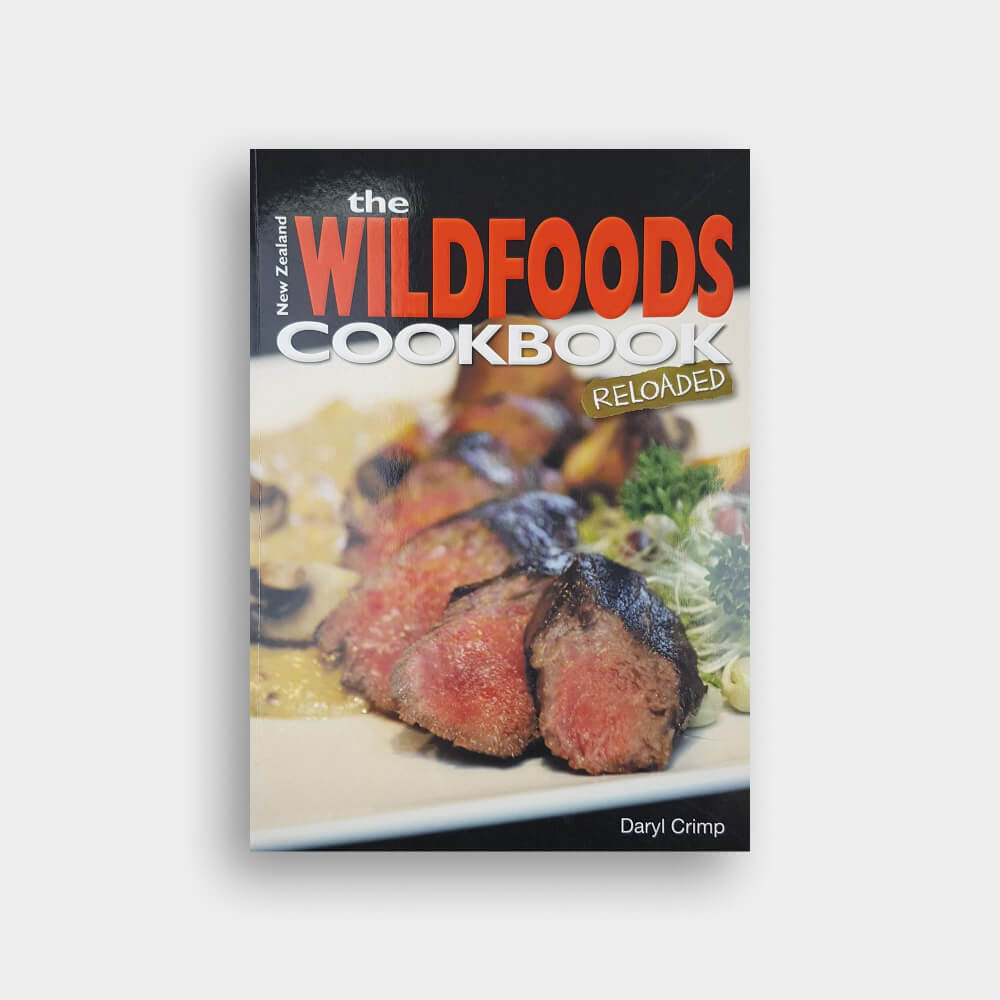 Prompted by continued demand for the original Wildfood Cook, modern food lovers will now get to experience the rebirth of The Wildfood Cook by Daryl Crimp’s The New Zealand Wildfoods Cookbook Reloaded. Since The Wildfoods Cookbook exploded onto the scene over a decade ago and became the Kiwi Bible for wild chefs at home and around the ‘barbie’, a whole new generation is delighting in the simplicity, taste and versatility of New Zealand’s wildfoods.

The New Zealand Wildfoods Cookbook Reloaded is not a reprint of the original, but a new version featuring a modern twist on wild food while still embracing the classics and some contemporary favourites. The mouthwatering recipes are beautifully supported by the stunning photography of Annette Bormolini and each is accompanied with a Kiwi wine match for those discerning dinners wanting the full Wildfood experience. Daryl Crimp (Crimpy) is New Zealand’s answer to the Swiss Army Knife: cartoonist, columnist, radio show host, television presenter, author, celebrity chef and family man. Crimpy is the author of five previous best-selling recipe books, including the iconic - The Mad Chef ’s New Zealand Game and Seafood Cookbook. The New Zealand Wildfoods Cookbook Reloaded is poised to become a timeless classic – for the second time.