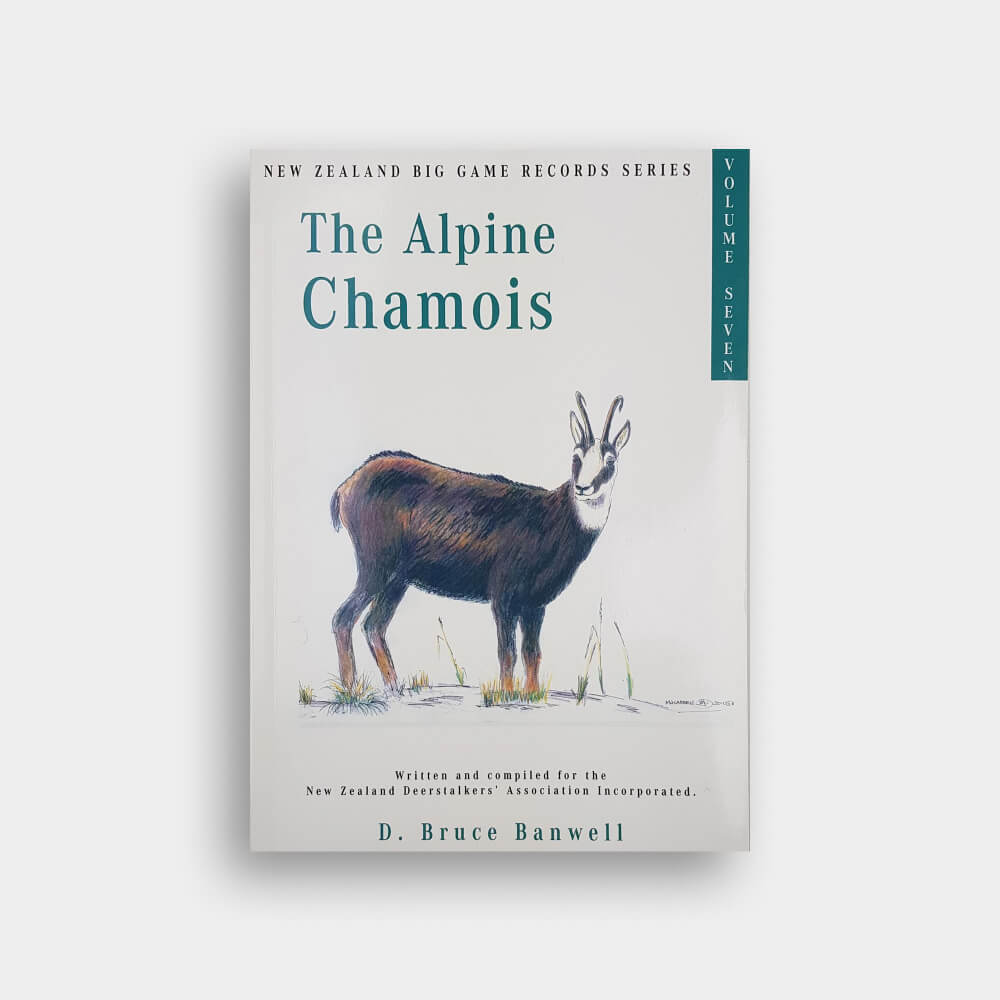 No items found.
Bruce Banwell has been involved with the New Zealand Deerstalkers’ Association since 1948. He has been a member of eight different branches, president of three, executive member of four and secretary and treasurer of Southland branch.

He is Training Convenor to the National Judging Panel for which he is responsible for the training programme. His study and previous hunting of deer has found him in almost every corner of New Zealand where deer are found. His research into this animal as a species has taken him to the majority of deer range of the northern hemisphere from Ireland and the Hebrides, across the Eurasian Continent to Manitoba in Canada and many parts of Asia. The European and Asia Minor areas are also home to the various subspecies of chamois.

As a mountaineer as well as a hunter Bruce can appreciate the skills of chamois, a very agile animal in it’s alpine environment. When he first started hunting them in New Zealand they were almost exclusively an alpine animal unlike today where they have spread down to sea level in some places. Whilst he has hunted chamois in both Canterbury and Westland he has never taken a chamois of presentable quality, although he has been present on several occasions when his companions have secured trophy bucks. His wanderings in Europe and Asia Minor have taken him to most of the chamois rangelands stretching from Spain across the Continent as far as the Caspian Sea, including the Pyrenees, European Alps, the Apennines, Balkan Ranges, High Tatras and Lesser and Greater Caucasus, regularly sighting and observing chamois while researching into the various forms of Red deer.

His writing appears regularly in journals and magazines here in New Zealand, and other overseas countries, including regular contributions to the British Deer Society’s journal, Deer. He is a member of the Deer Specialist Group of the I.U.C.N. (World Conservation Union). The Alpine Chamois, is the seventh in a series of books that will eventually form the official N.Z.D.A. record series, covering the top trophies taken in New Zealand for all game animals recognised by that organisation. Each work will look at the origin, liberation, spread and establishment, present status, location and how to hunt information, as well as listing all known trophies and their Douglas Score statistics as recorded by the New Zealand Deerstalkers’ Association.﻿