The Rusa Sambar and Whitetail Deer 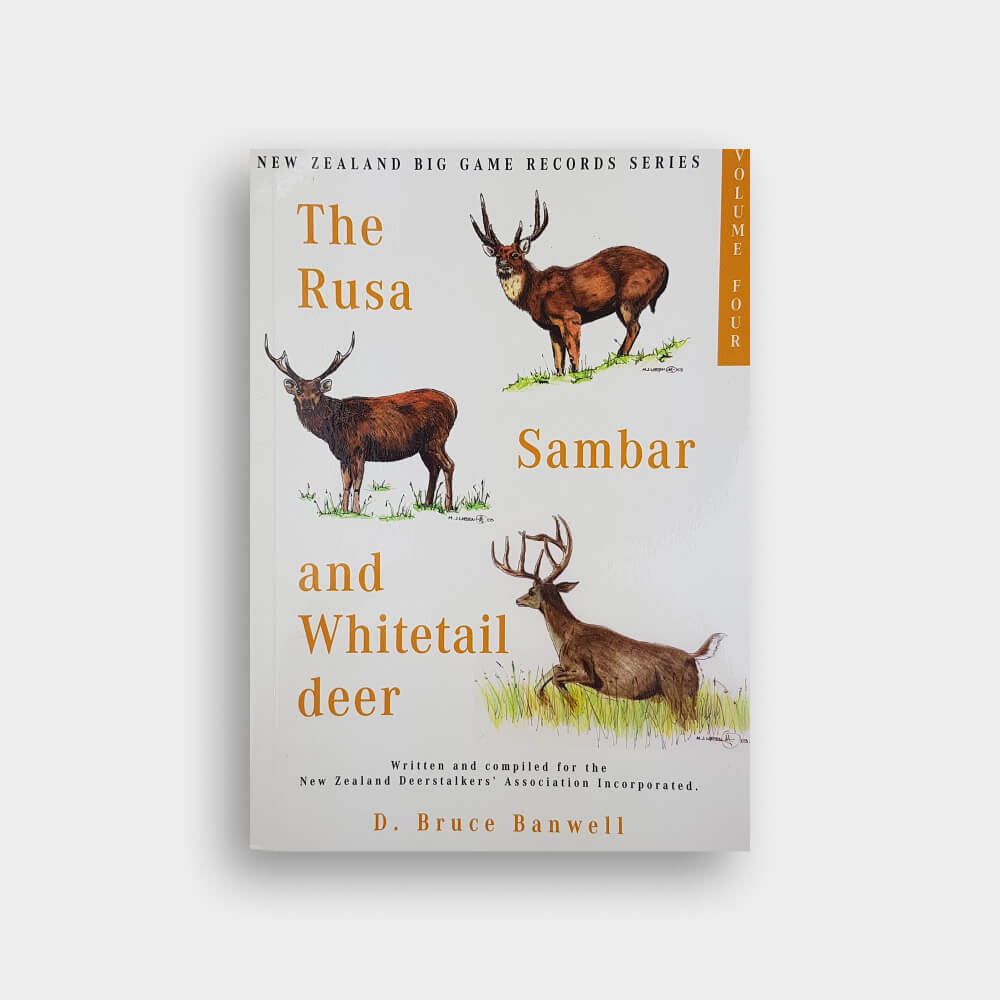 No items found.
Bruce Banwell has been involved with the New Zealand Deerstalkers’ Association since 1948. He has been a member of eight different branches, president of three, executive member of four and secretary and treasurer of Southland branch.

He is a national judge for N.Z.D.A and also a co-ordinating tutor for the Douglas Score, as well as a member of the Douglas Score Panel, the active arm of the Douglas Score Trust. His hunting and interest has found him in almost every corner of New Zealand where deer are found. His research into this animal as a species has taken him to the majority of deer range of the northern hemisphere from the Hebrides, across the Eurasian continent to Manitoba in Canada and many parts of Asia. He has researched the origins and history of Red deer, Sika, Wapiti, Fallow deer, Rusa, Sambar and Whitetail deer in particular the various species, subspecies and strains that were introduced and acclimatised here in New Zealand.

His knowledge of deer has resulted in invitations to address international symposiums, be the guest of foreign research groups, particularly in Asia and visit many countries, including Georgia and Iran, where he was invited to lecture students on the taxonomy of Red deer and work with W.W.F. Georgia and Teheran University in their projects with the Caucasian Maral. His efforts in Eastern Europe have been rewarded by the recognition of the Pannonian Red deer of the Drava/Danube region as a separate subspecies. His writing appears regularly in journals and magazines here in New Zealand, Australia and other overseas countries, including regular contributions to the British Deer Association’s journal, Deer.