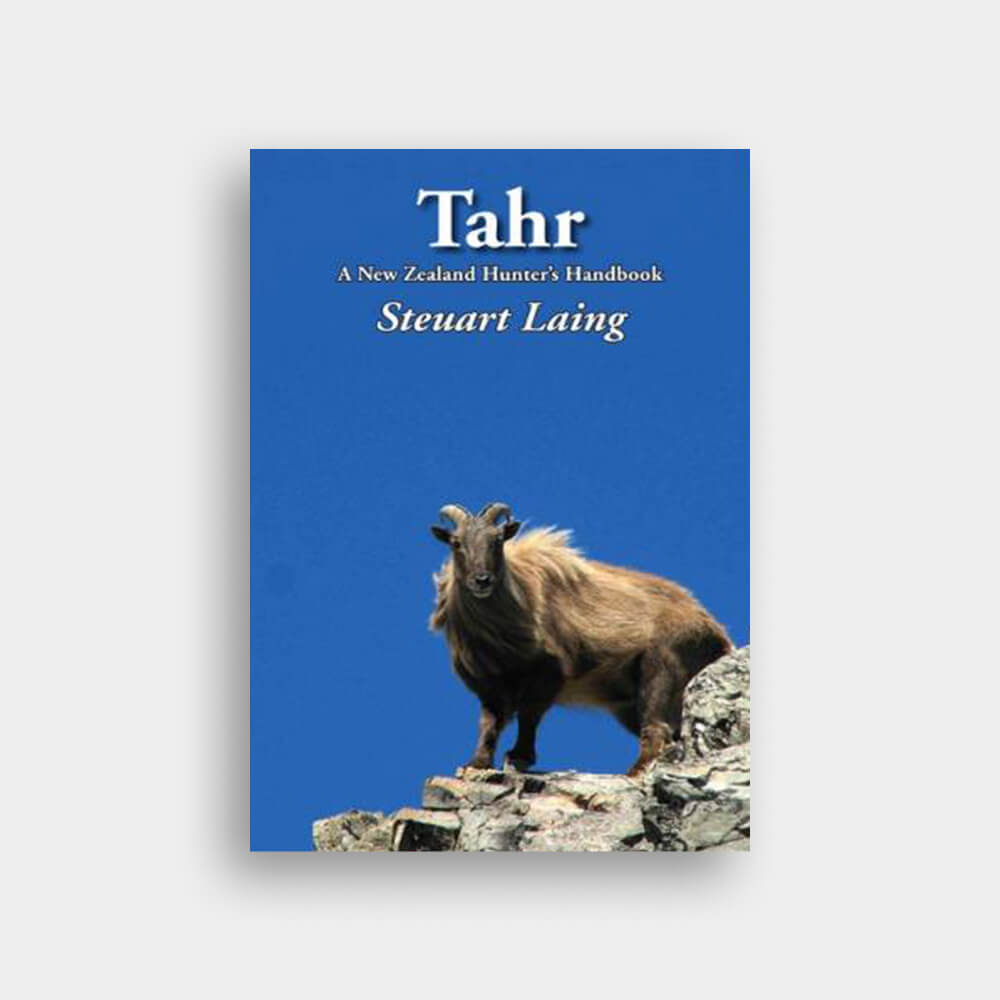 No items found.
From the author of “Chamois: A New Zealand Hunter’s Handbook”. Tahr: One of New Zealand’s most sought after trophy animals, tahr provide spectacular hunting for both local and overseas hunters.

Released in 1904 around the Mt Cook region, the original liberation of Tahr spread along the Main Divide and in the 1970s numbered in the tens of thousands. Subsequent helicopter hunting dramatically reduced their numbers to several thousand. Recognising the unique status of this magnificent game herd of tahr, the “Himalayan Thar Control Plan” was introduced to offer limited protection.

Steuart Laing describes the habits of tahr, how to find them in their alpine environment, hunting methods, their introduction, spread and present status and concludes with some hunting stories both current and historical. The book features over 100 superb photographs.