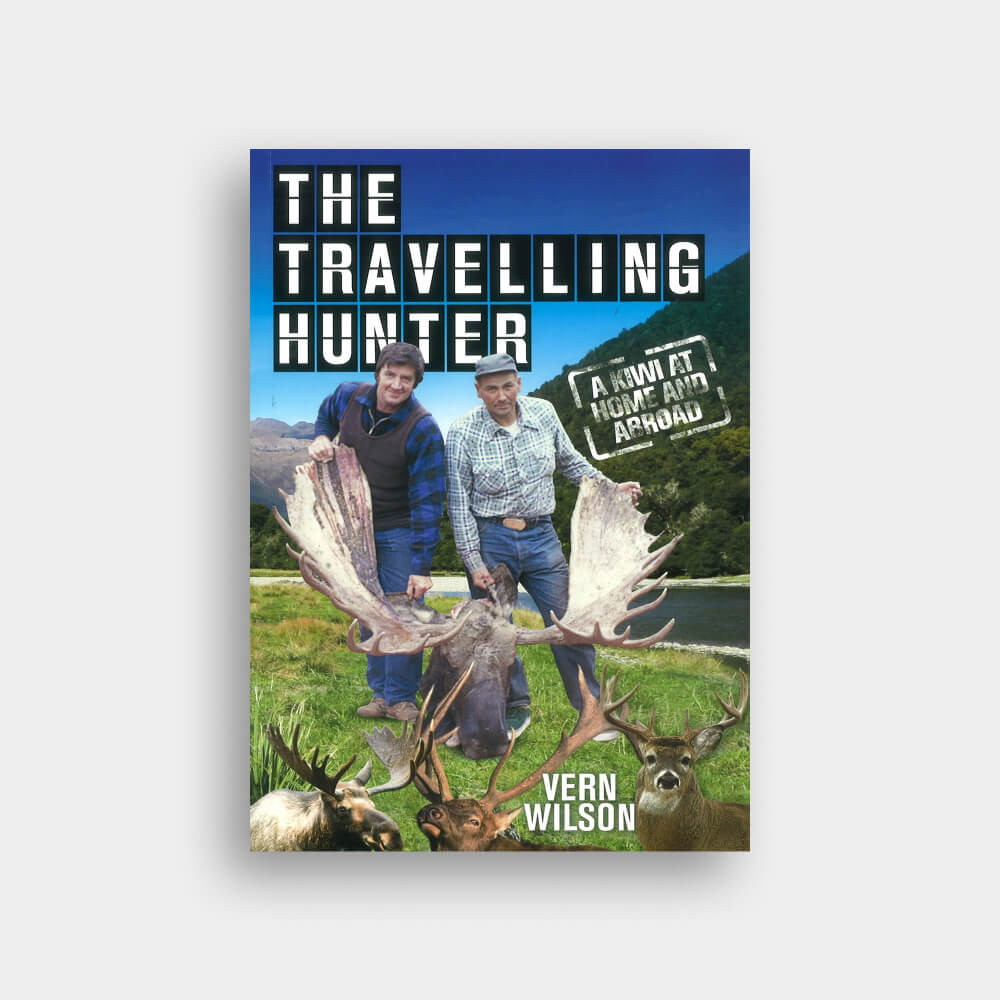 No items found.
Vern Wilson takes a light-hearted look back at some of his more successful overseas hunting trips.

Always on the lookout for that special trophy, after all, one is all you are allowed, in most hunting destinations, unlike New Zealand. Travel opened Vern’s eyes to the wider world of hunting. Good company is always a handy thing on a hunting trip, someone to share the successes and the disasters. Vern manages to find some good Kiwi “buggers” to tag along on his adventures and one irrepressible, unstoppable, and frequently frustrating American called “Dunc”.

Meet the North American Indian guide who didn’t want to talk to white men, “Atilla” (the Hun) a hunting guide in Namibia, who ruins every stalk and orders everyone around. Rick the outfitter from Wyoming who tried to teach Vern how to drink cowboy style and a host of others. Vern and his good buggers hunt their way around North America and Southern Africa, where every adventure has it’s humorous side and the trophies are not always the animals. This is Vern’s second book; his first From Hoon to Hunter was also published by The Halcyon Press.