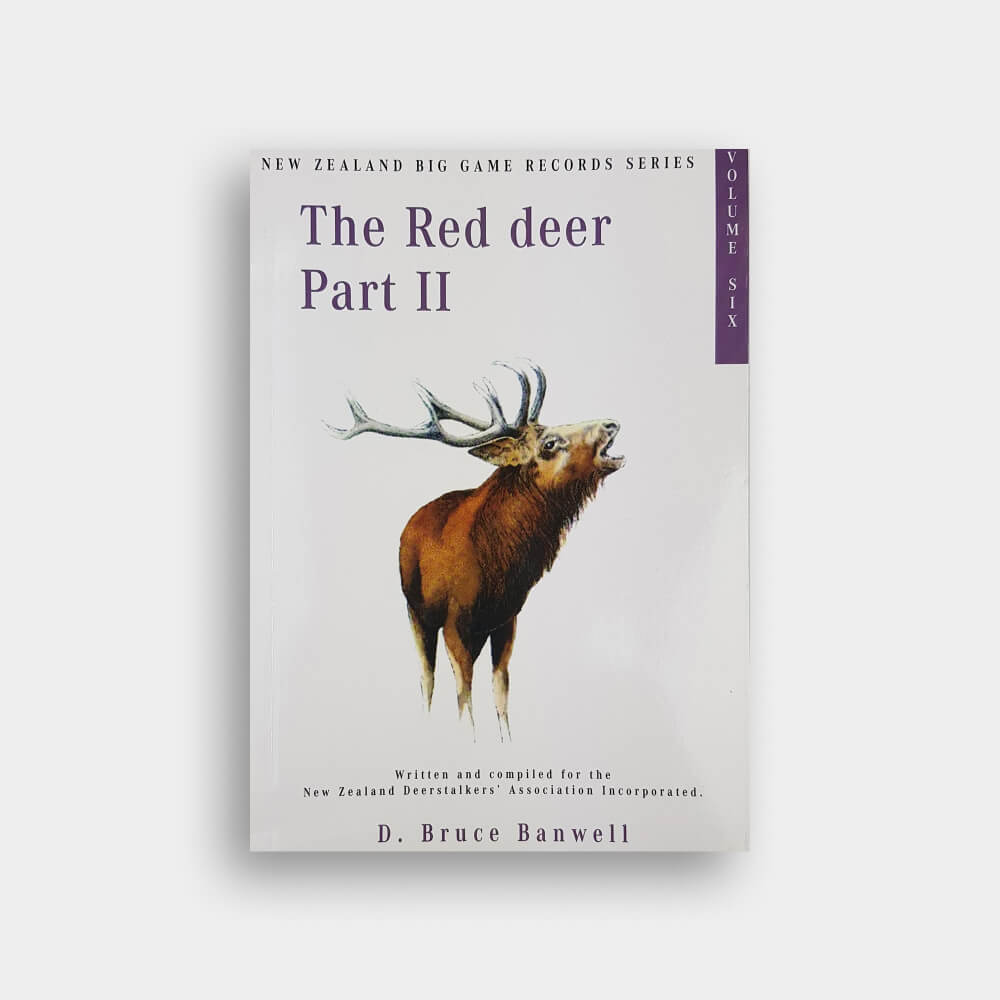 No items found.
The Red deer Part II, is the sixth in a series of books that will eventually form the official N.Z.D.A. record series, covering the top trophies taken in New Zealand for all game animals recognised by that organisation.

Each work will look at the origin, liberation, spread and establishment, present status, location and how to hunt information, as well as listing all known trophies and their Douglas Score statistics as recorded by the New Zealand Deerstalkers’ Association. Bruce Banwell has been involved with the New Zealand Deerstalkers’ Association since 1948. He has been a member of eight different branches, president of three, executive member of four and secretary and treasurer of Southland branch.

He is Deputy Chief Judge of the National Judging Panel for which he is responsible for the training programme. His knowledge of deer, in particular Red deer and Sika and his recognition as an international authority on these two species, has recently been used to supply flesh samples for a programme of D.N.A. sequences from the Otago Red deer herd, considered to possibly be the only surviving specimens of Cervus elaphus scoticus left in the world.

His writing appears regularly in journals and magazines here in New Zealand, and other overseas countries, including regular contributions to the British Deer Association’s journal, Deer. He is a member of the Deer Specialist Group of the I.U.C.N. (World Conservation Union).