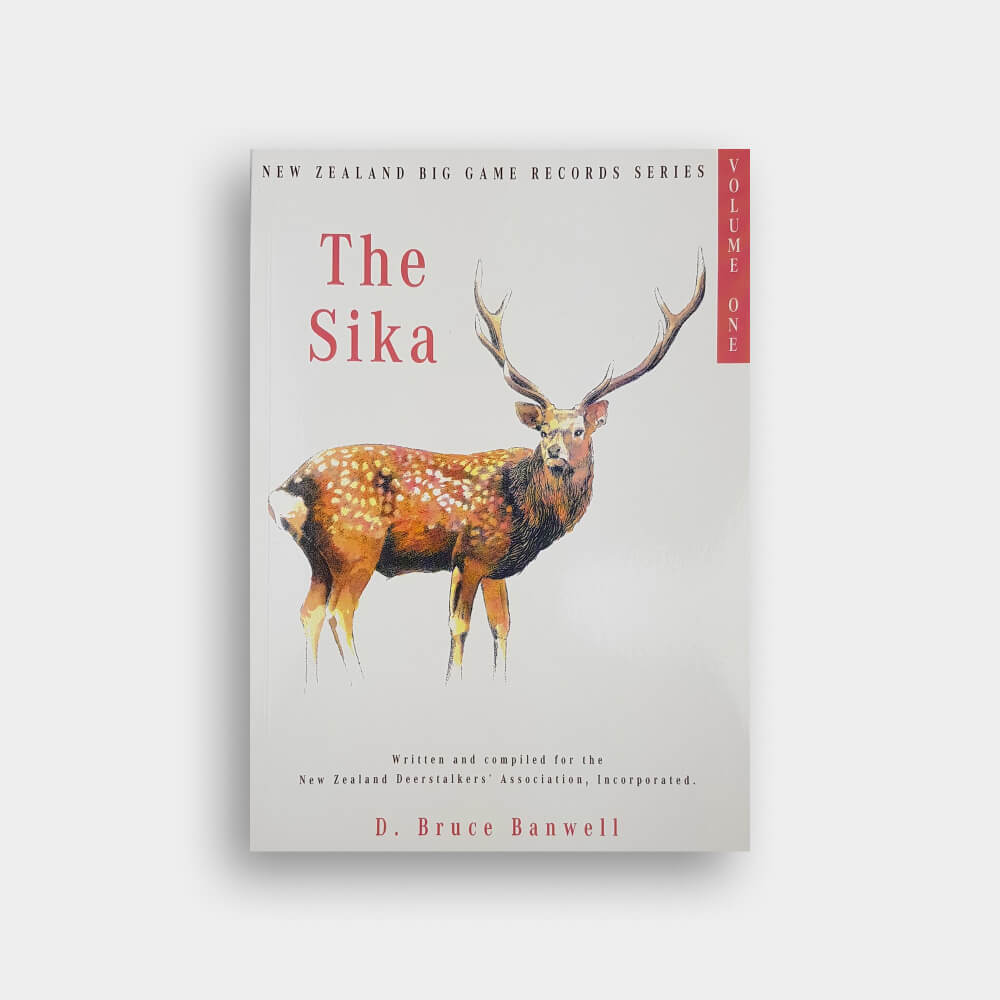 No items found.
Bruce Banwell has been involved with the New Zealand Deerstalkers’ Association since 1948.

He has been a member of eight different branches, president of three, executive member of four and secretary and treasurer of Southland branch. He is at present Deputy Chief Judge with the responsibility of training the personnel of the National Judging Panel.. His hunting and interest has found him in almost every corner of New Zealand where deer are found.

His research into this animal as a species has taken him to the majority of deer range of the northern hemisphere from the Hebrides, across the Eurasian continent to Manitoba in Canada and many parts of Asia. He has researched the origins and history of Red deer, Sika, Wapiti, Fallow deer, Rusa, Sambar and Whitetail deer in particular the various species, subspecies and strains that were introduced and acclimatised here in New Zealand.

The Sika, was the first in a series of books that will eventually form the official N.Z.D.A. record series, covering the top trophies taken in New Zealand for all game animals recognised by that organisation. Each work will look at the origin, liberation, spread and establishment, present status, location and how to hunt information, as well as listing all known trophies and their Douglas Score statistics as recorded by the New Zealand Deerstalkers’ Association.